Rauma celebrates its 580th anniversary in 2022. Rauma was founded on the 17th of April 1442 when knight Karl Knutsson, who later became King Charles VIII of Sweden and Norway, signed the first town privilege charters for Rauma. Rauma is the third oldest city in Finland.

The original charters remain to this day and are on display to the public in the Old Town Hall until the 24th of April. 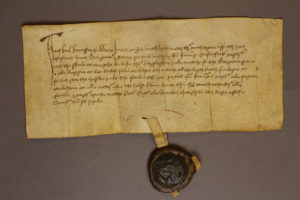 Upcoming events in the anniversary year

Rauma is celebrating its 580th anniversary in 2022. Why did the city form at the mouth of the strait? How has the location of the port changed over the centuries? ...
Rauma 580 years

Open doors at the City Hall

an Open doors -event is held at the Rauma City Hall on Tuesday 19th of April from 2 to 6 PM. Guided tours will take visitors through the old side ...