The City of Rauma once again relies on videos when telling city residents and employees about the new city strategy. The short videos are an essential tool in informing people in Rauma about the new Rauma 2030 strategy, which has been derived from visions by employees, residents and policy-makers. The four upcoming videos feature city officials and decision makers and over 150 residents worked as extras.

All in all there are seven videos, three of which are for personnel coaching and four will be released online to the public. The leads in the videos are played by the mayor of Rauma Esko Poikela and by department directors Sari Salo, Soile Strander and Tomi Suvanto. The president of the city council Otso Huuska and the president of the city government Kalle Leppikorpi also feature in the videos.

Writing the scripts began in May and most of the filming was done during the summer. There were 32 different shooting locations and the last filming day was on 21 September in Kivikylä Arena, where the mayor strapped on skates and tested his skills against members of hockey team Lukko.

Assisting with the filming there was for example school children, pensioners, local business representatives, and members of the Rauma Youth Band, as well as kids from the junior teams of Lukko and Fera. 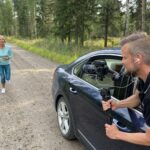 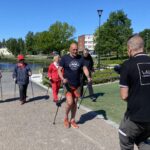